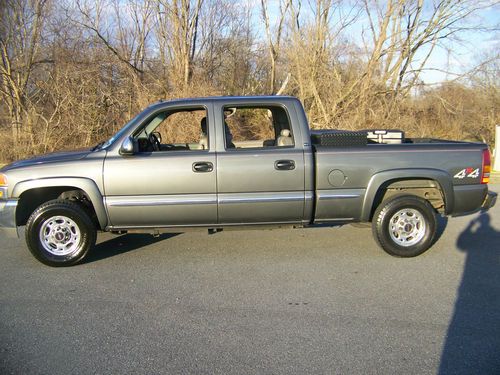 This vehicle has been well cared for during my duration of ownership. This crew cab has lots of head and leg room for all passengers.This is a HD(Heavy Duty), the heavier the load the better the ride.Rear 60/40 split seat is collapsable for more cargo capacity.Heated and memory adjusted front seating. Power throughout with side and lumbar support on both driver and front passenger seat. A couple of auxiliary ports are equipped on this vehicle. Vehicle is equipped for Onstar.

All fluids up to date and on schedule. New tires are installed on front with rear at 90% having been installed only three months prior. The bed has a liner and a deep full body toolbox.

Front hood has small dime size dent, as seen in picture. The vehicle does have normal wear, but the paint and leather seats have plenty of luster and shine.

This vehicle will be advertised locally as well, so auction may be ended prior to scheduled time.