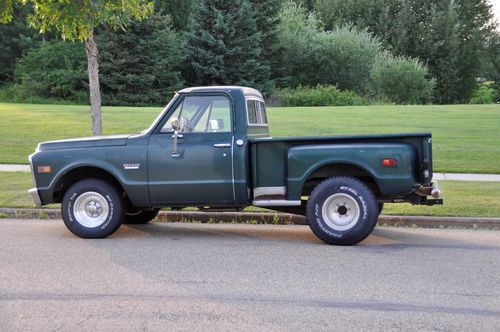 Condition: UsedSeller Notes:"This truck is ready for the restoration process to begin. It's got a great look and needs some TLC to bring it back to the glory days again."

1969 Pickup with lots of potential. This truck looks great and is ready to drive while you start your restoration. 350 motor and automatic transmission, unknown miles on the truck due to odomoter rollover but 1 pump and the motor roars to life. New front tires and rims, exhaust system was replaced 4 years ago but has seen very little mileage, new battery