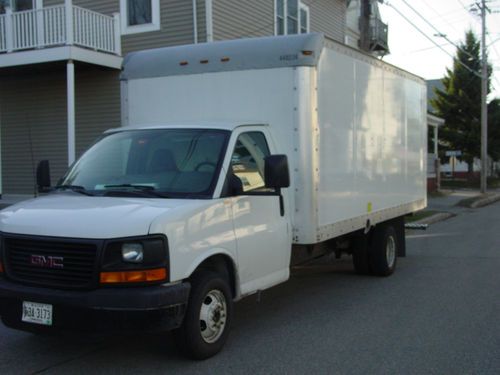 2004 GMC 16' box truck  with 145,000 miles, auto, runs good, pull out ramp for easy loading, slight damage by rear door  If you have any questions or want more pictures