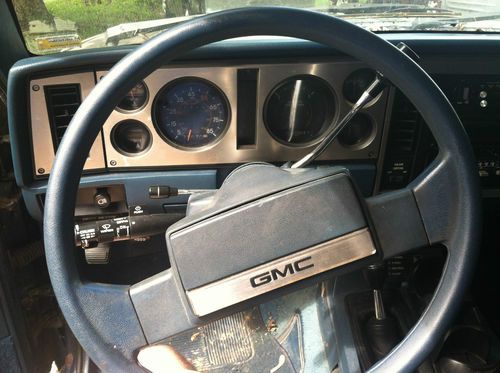 Condition: UsedA vehicle is considered used if it has been registered and issued a title. Used vehicles have had at least one previous owner. The condition of the exterior, interior and engine can vary depending on the vehicle's history. See the seller's listing for full details and description of any imperfections.Seller Notes:"This Jimmy is immaculate. Everything works and is in great condition. Odometer reads 102000 but drive train only has 20000 miles on it. Interior in perfect condition. No flaws."

Looks like it came of the 1985 showroom floor. This Jimmy is in excellent condition. Very well taken care of. Everything works. New Tires.
Very low miles. This one would last forever.