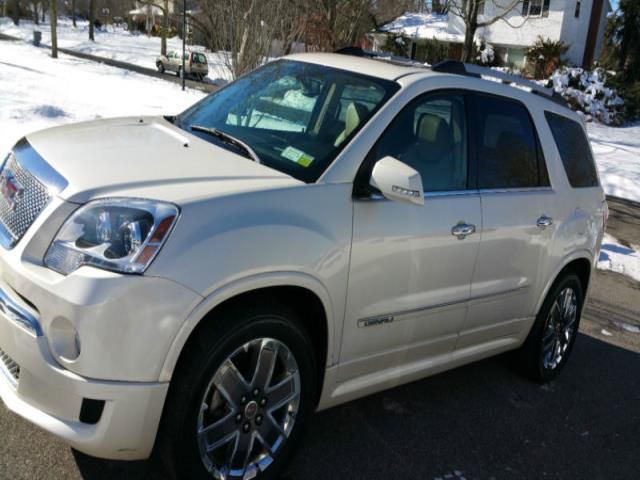 Car is in great shape, no known problems.Very mild driving to work 90% of the time less than 1 mile. Almost always used remote start even in summer so no hard driving or uncirculated engine time. This is the 7 Passenger version of the Great 2012 GMC Acadia Denali 3.6L V6 with 2nd row Captains seats.Unbelievably comfortable, no accidents. Great acceleration and fuel economy for a car of this size!!Smoke-free.