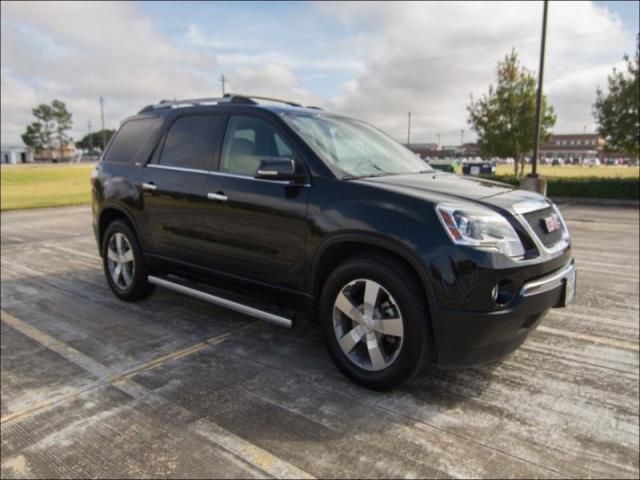 Up for sale is this 2012 GMC Acadia SLT. One owner, and extremely well taken care of. It is LOADED (this is the SLT package -- the only higher package is the Denali). Most miles are highway miles. Has the quad bucket seats (2nd row has the "aisle" between the seats, for easier in/out to 3rd row). Vehicle runs superb, and tires are brand new Michelin tires. Oil changes and routine maintenance have been performed on the vehicle since day one. Classic color combination. This car also has GMC's "Hit The Road" package as well (includes Front & Rear Molded Splash Guards, Cross Roof Rail Package, Chrome Assist Steps -- per the GMC description)