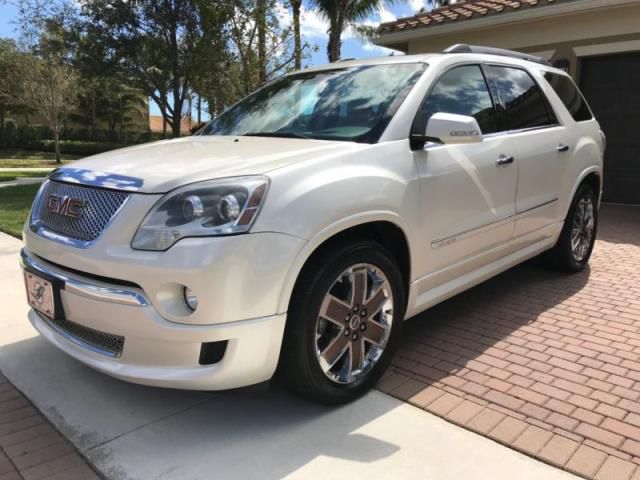 For further questions email me : errolm5llandis@mail-on.us 2011 Gmc Acadia Denali Awd. We Are The Second Owners Of This Beautiful Suv. ItIs Fully Loaded With Every Option That Was Available. The (optional) Pearl White Paint In Denali Trim Is Stunning As Well As A Very Desirable Combination ForThis Year. As You Can See From The Photos, It's Always Been Meticulously Maintained And Cared For. I Am A Part-time Vehicle Restorer And I Take Specia lCare Of All It's Oil Changes And Preventative Maintenance. On A Scale Of1-10, I Would Rate The Exterior As A 9.5 And The Interior As An 9.0.