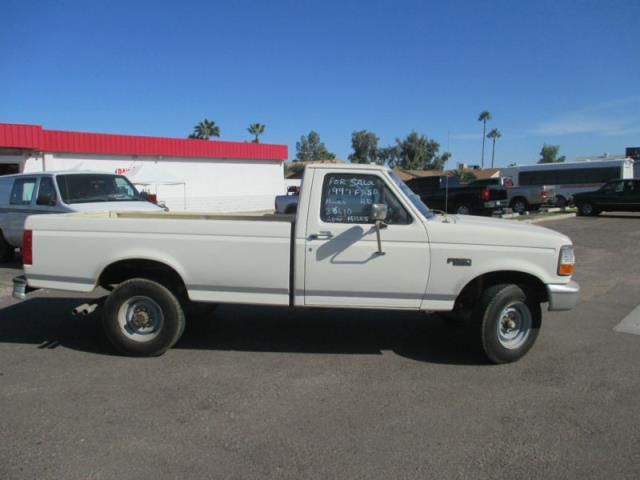 1997 Ford F250 Heavy Duty Truck ONLY 37k Original Miles Super Duty Pickup This 1997 Ford F250 Heavy Duty Pick up Truck is ready to go with a clean title, Brand New battery & just passed emissions. It is Off white in color with brown interior that has no rips or tears except one on the dashboard. There is some minor dents cosmetic wear seen throughout but nothing major for this work truck.