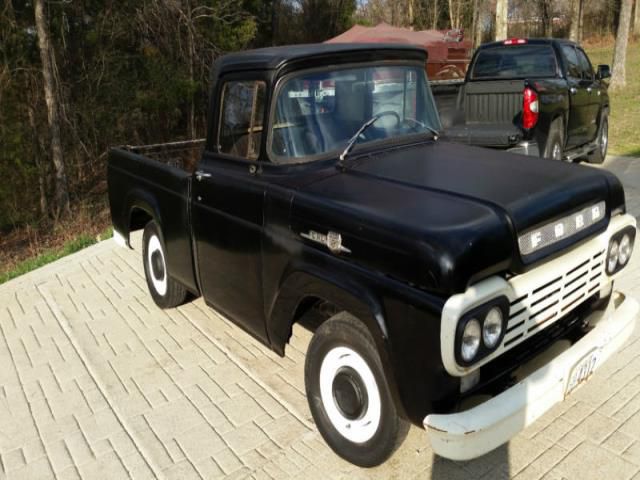 This is one nice original, drivable truck.It has been kept inside a garage. It's a 1959 Ford F-100 Short bed style side ,1/2 ton . Factory equipped with a 292 V8 and 3 speed on the column. Engine runs, shifts like it should, but smokes. Will need refreshing. It's got new brakes front to back with new brake, clutch and master cylinders. The wheels have been powder coated recently white. The gas tank is new with sending unit. New Carburetor with fuel pump and filter. The body is in very fair shape with no dents that I can see. The glass will need to be replaced. It is cracked or has BB holes on every one, but is intact. The upholstery is really nice and in place. Original bumpers are in good shape front and rear. Grille is perfect with no dents. The doors shut and close really nice and don't drop when you open them.