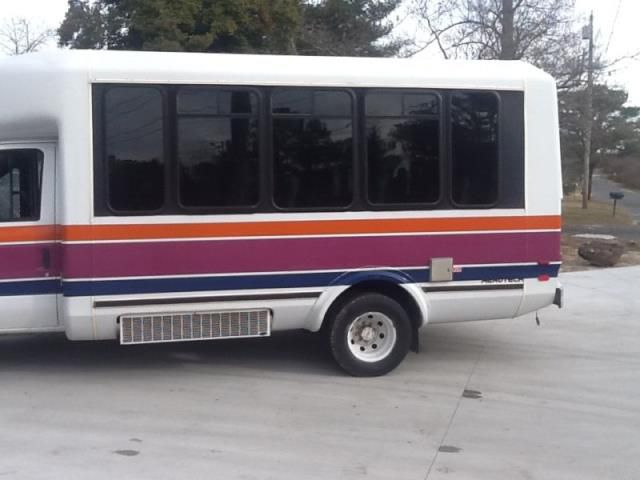 2003 ford E450 handicap bus aerotech body by thor14 passenger with wheelchair lift.Has the legendary 7.3 liter power stroke turbo diesel backed by auto trans.Front and rear ac and heat ,This bus is 1 owner with strict service intervals new batteries and like new tires. It is ready to haul people today with only 127650 miles.