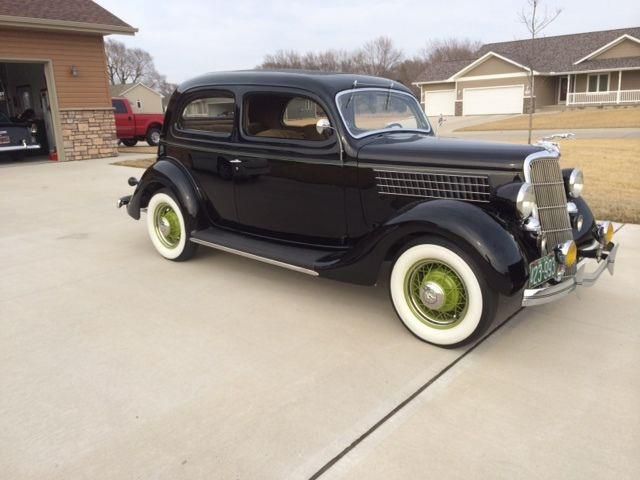 Very Nice 1935 Ford Deluxe 2-door Flatback Sedan. Car Is Black With Apple Green Wire Wheels And Pin Stripe,trim Rings And Caps.everything Works As It Did New Including The Radio.it Drives,steers,stops Rides As It Did When New In 1935.starts Right Up,no Smoke,no Leaks And Runs Cool.very Nice Chrome And Stainless.very Nice Interior.