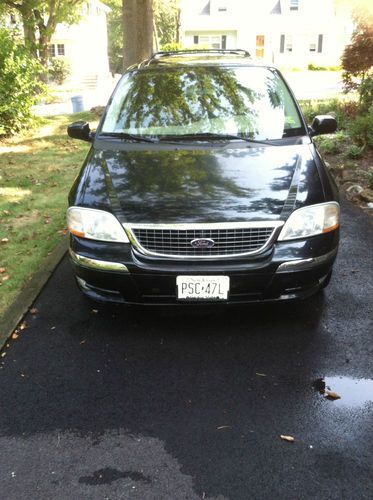 Condition: UsedA vehicle is considered used if it has been registered and issued a title. Used vehicles have had at least one previous owner. The condition of the exterior, interior and engine can vary depending on the vehicle's history. See the seller's listing for full details and description of any imperfections.Seller Notes:"Please Note ::: Engine Cradle is Rusted and Structurally not sound. Van Can Not be driven : This is a mechanic's Special . This Unit needs to be replace for drivability[ Good used Cradles are available. ] Low mileage Ford Windstar For Sale 85k Miles Black exterior with Tan interior, Working VCR System Dual A/C not working, Power Sliding DoorsPower locks, Outside door lock Key code pad, Power windows,New Tires - 6 weeks old - very light driving, 11/12 Alloy Wheels, New Steering rack 7/ 2013"