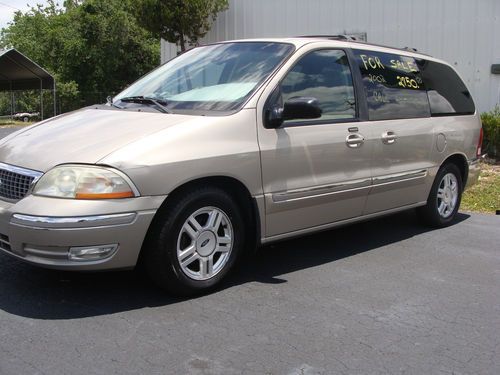 OKAY THIS VAN IS  IN GREAT SHAPE OWNED BY A FAMILY MEMBER WHO TOOK GREAT CARE OF CAR. BEFORE LETTING ME PUTTING IT UP FOR SALE WE HAD OUR MECHANIC PUT NEW IGNITION WIRES,  NEW SPARK PLUGS,  NEW EGR VALVE, FLUSH  FUEL INJECTION SYSTEM , NEW FILTERS ALL AROUND, OIL CHANGE AND FILTER, BRAND NEW TIRES ON FRONT UNIROYAL AND BACKS AT 75% RADIATOR , NEW REAR BRAKES, AC HAS NEW COMPRESSOR. CAR CAN BE DRIVEN ANY WEAR. NICE CAR FOR LITTLE MONEY. IF YOU ARE REAL WITH HONEST QUESTIONS CALL ME ROB AT 352 4064704