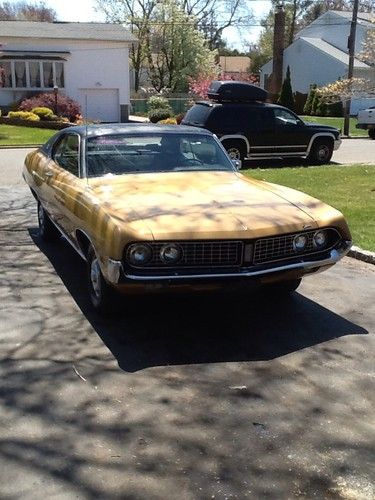 1970 torino brougham that is a one owner 71000 mile garaged car and is rust free and has original bright gold metallic paint.runs,drives,stops and all lights,blinkers,gauges work.overall its in great condition.the grille is a 1971 grille.any questions call 631 745 9969.