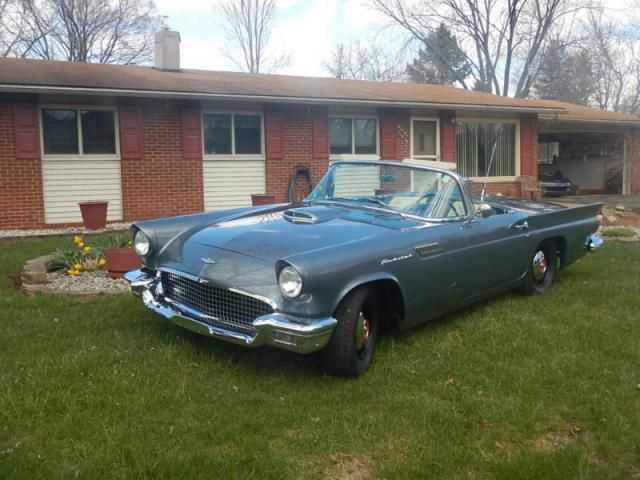 Taken to bare metal and all issues addressed. Bumpers rechromed with all trim and emblems new.New four core aluminum radiator with expansion tank, alternator, carburetor for dependability. New leaf springs and shocks, exhaust, tires, poverty caps (full size hubcaps in good condition included, fender skirts, trunk liners, carpet, floor mats, seat foam and vinyl cover. Car has original convertible swing arm top with new black Stafast cloth installed this week as well as new dash pad. All interior door, kick, and rear panels are included with armrest, drop curtain, top rail material is included to complete interior. Car is original 312 ci Y block with three speed manual trans. I've had about ten midfifties Fords and Thunderbirds and this engine has been with out a doubt the best I've had and the stick shift makes it that much more fun.
Please ask any questions you may have : snxl3darylesheehan@openmail.cc