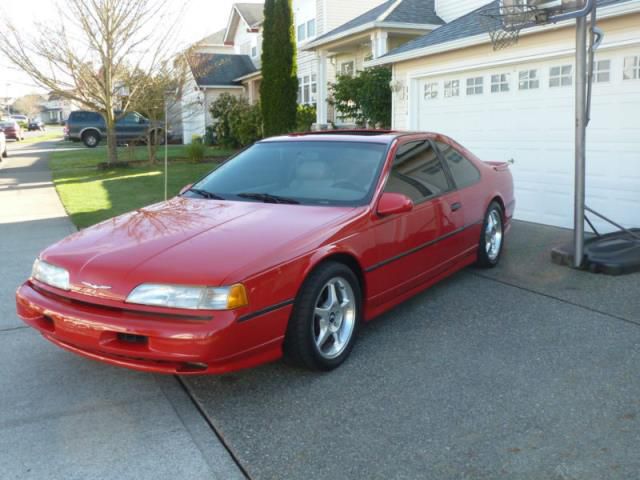 1991 Ford Thunderbird SC. Newer tires have about 2500 miles on them, car has been lowered and has polished 17" Cobra wheels. I actually purchased this vehicle on eBay 4 years ago and had a good experience with the process. This is a Non-Smoker vehicle. General maintenance done as needed during my ownership. Actual mileage unknown but would guess in the 90,000 miles based solely on the condition