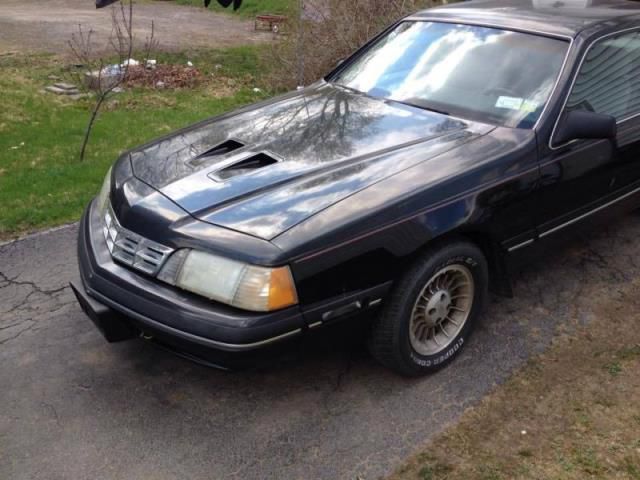 I have a 1988 Ford Thunderbird LX that I am trying to get rid of. This is quite a sweet ride and would make a great summer car or, who knows, maybe even a collectible someday.The good:117,809 miles on it. Pretty low for a car that's 28 years old!Fairly new Cooper Cobra tires on backNo visible rust (there is some under the driver's door, only seen when opened)Interior is in great condition with no rips or tears on seats.Body is in great shape with no dings or dents.Four-way power seats and power windowsThe bad:The car has a blown head gasketSlight shifting cable malfunction, which only allows the car to start in neutral (does not effect performance at all, just something to get used to, or fixed!)The paint is wearing a little on some spots (as seen in pictures)The heating in the car may not be fully functional (But hey, this baby doesn't deserve to be out and about during the harsh New York winters anyway)Driver's door handle requires a little trick to open (Not too big of a deal) Will need an inspection