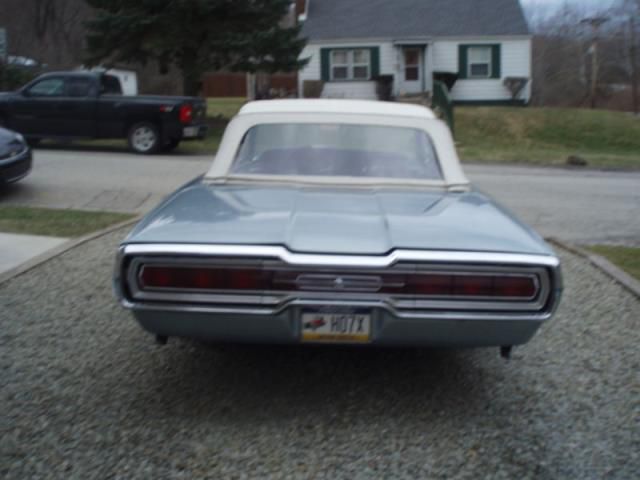 This is a 1966 Ford Thunderbird convertible, color is silver mink with light blue interior. This is a great running car.