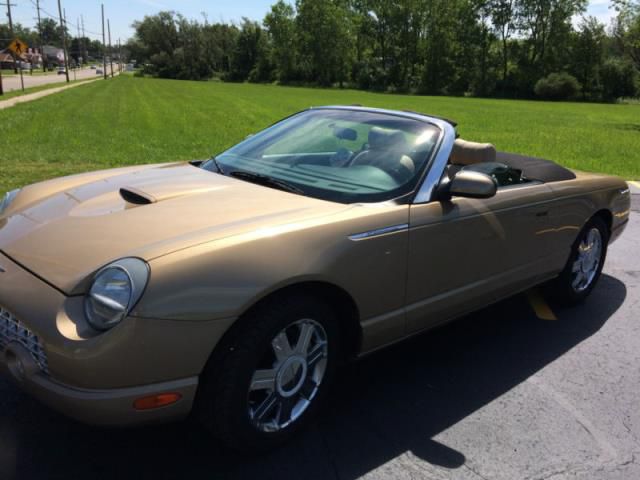 SHARP and clean T Bird for sale. 50th anniversary edition and last year of production. Car would make for a great investment. Newer black convertible top sets this beauty apart from others and goes great with the gold paint. Hard top and front bra also included. Low miles and pampered car. Loaded with all the options and new battery. These cars are not seen often on the road.
EMAIL : piercebelfryu@netzero.com