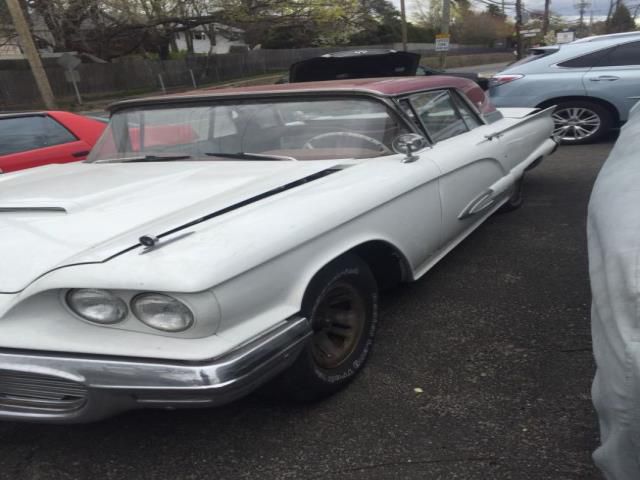 Well well. Tbirds lovers!! Up for sale is my 59 Tbird. The car that everybody wants own. The car is a project that needs to be finish its all original. a lots work has been done to this car reed belowHas a very decent paint job looks very good Bumpers need to be rechrome they have some bits onThe interior is very much all apart but in great shape it just needs to be clean I was going to have it redone but decide to sell it The whole break systems was replaced Master cylinder . Hoses . Shoes. All Wheel cylinders. Ball joins. Control Arm bushings upper and lowerControl arm bumper, shocks, battery, new duo mufflers . Tail pipes. All parts were replace with new original ones .Ex. I'm sure I'm forgetting something The car runs and drives. What needs to be fished Probable new floor pans . They seems a bit soft and has some rust interior needs to be cleaned or redone and put back on The body is very strait with not rust at all A new paint job was done by previews owner and looks very good. Please feel free to contact me with any question.