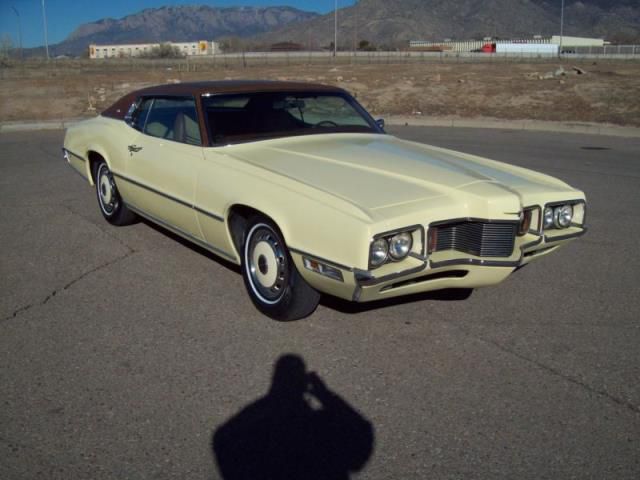 70 Thunderbird original California car with the rare Brougham option which included hopsack interior with bucket seats and console, sport lamps in the grill vinyl top and color keyed wheel covers, these were the fully optioned top of the line models. All numbers matching with the rare pastel yellow color with the tan interior. Has the 429-4V engine...all work. Brand new tires and carb was rebuilt, belts, hoses, seals, brakes all been replaced this car runs and drives like new it literally floats down the highway! does have the original orange assembly plant paint on the rear end center of the drums which is a good indicator of the low miles and this car is exceptionally clean under the hood, underneath and has factory decals still present throughout. Still has the original spare tire doesn't look ever used,