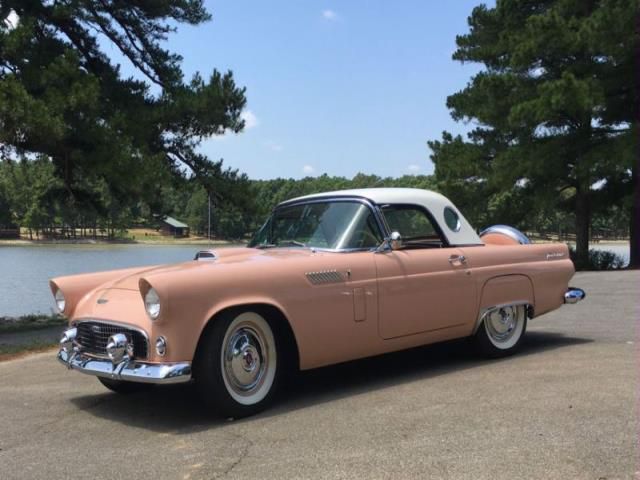 FEEL FREE TO CONTACT ME AT ANY TIME WITH QUESTIONS : be1jmgannonbeverly@ukso.com

I have a 1956 T-bird. It is a nice older restoration and shows 71446 miles. It comes with power steering, power brakes, power windows, and runs and drives as it should. The car does not have the soft top and has no a/c. Being an older restoration, it does show some paint blemishes. The radio is not correct to the car. All in all, it will make a nice car with a very little work, or an excellent driver as it is.