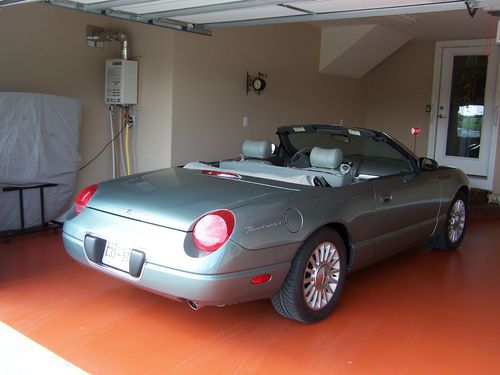 Very nice 2004 Thunderbird with hard top and soft top with boot, limited edition numbered Id badge mounted inside glove box limited to 1000 units worldwide. I am second owner of car I purchased it from first owner which lived in Newman, Ga where car was purchased new. The car had 40,000 miles on it when I bought it has around 42,000 on it know. I have kelp it covered up in Garage most of time since I owned. I also hate top dolly that goes with car. Has a brand new set of michelin tires with less than 2500 miles on them cost $1200.00. This car runs perfect very nice ride.