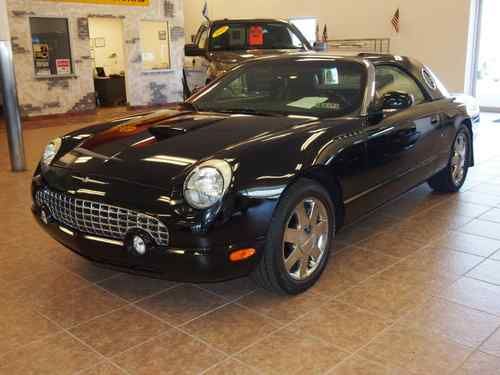 Never mind the rest you've found the best!  This beautiful Ford Thunderbird is literally the nicest we've ever had, very clean, very low mileage and ready for the car cruise.  Hard top, duster and car cover come along at no extra charge.  Forget the haystack, this is the black on black needle you've been looking for!  For more information or to schedule your test drive, please call Greg (412) 751-2130.  And as always, the Tri Star Ultimate Advantage with 3 month 3000 mile powertrain warranty is included absolutely free of charge!