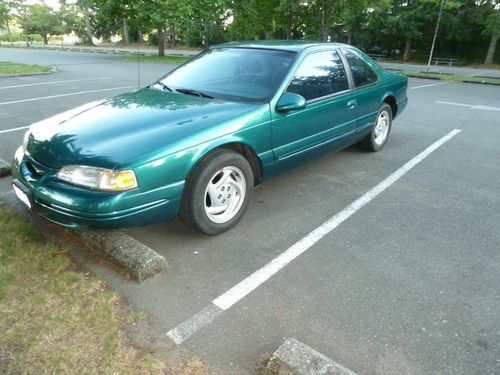 Condition: UsedA vehicle is considered used if it has been registered and issued a title. Used vehicles have had at least one previous owner. The condition of the exterior, interior and engine can vary depending on the vehicle's history. See the seller's listing for full details and description of any imperfections.Seller Notes:"Trim in upper back window may need to be replaced. Some wear in the cloth in the backseat"

Bought this car in 1998 and has owned it ever since. The car was originally bought new at El Cajon Ford in California. Always been a good car with no problems. Intake manifold was updated with a stock replacement of the original. Always been taken care of, car has new brakes and oil changed regularly. Has Cloth seats. AC, Anti-Lock brakes and low miles 65000 original miles evrything is original on the car the car runs good and evrything works good on the car, the car has never been in a accident.