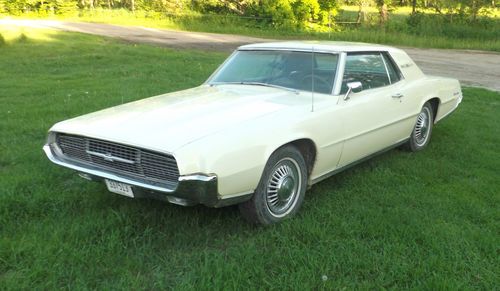 Up for auction is a very clean 1967 thunderbird from Arizona. Car is very original with only 85,000 miles.  I have a lot of the original paperwork including copy of original title from 1966, the Protecto Plate, and original build sheet.  Car has new tires and brakes.  Does need a couple minor repairs as the gas gauge does not work and the rear power windows do not work.  No Rust...Ever!  Runs and drives great.  Buyer responsible for shipping or drive it home!  Please email with any questions.  Thank you!