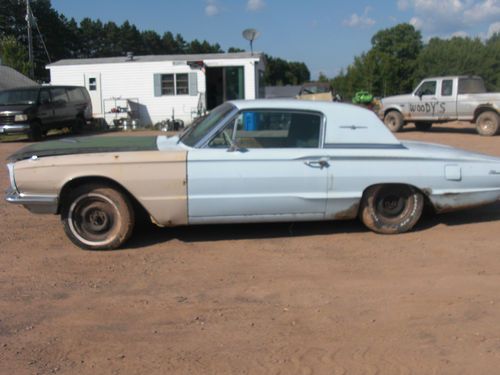 Condition: UsedA vehicle is considered used if it has been registered and issued a title. Used vehicles have had at least one previous owner. The condition of the exterior, interior and engine can vary depending on the vehicle's history. See the seller's listing for full details and description of any imperfections.Seller Notes:"We don't know much about this vehicle! We where able to get the motor to turn over but there is no keys for the car! Someone has started to put this car back together but it still needs work!! Great parts or project car for someone!"

We don't know much about this vehicle! We bought a junk yard and this car was there! We are hoping to find someone who is looking for a project car. This car is very clean and there is a lot left on this car! We where able to get the motor to turn over but there is no keys for the car! Someone has started to put this car back together but it still needs work!! Great parts or project car for someone! We do not have a title for the car will sell it on a bill of sale! The car is being sold as is! I have told you all I know about this car so please don't email me with a bunch of questions cause I don't know anything more about this car just know that I want to save it from the crusher =)