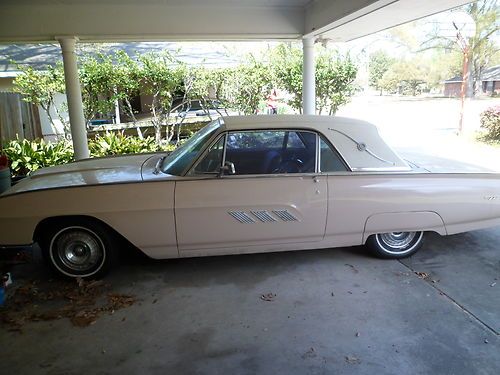 THIS IS A REALLY NICE 63 THUNDERBIRD LANDAU.   IT HAS POWER EVERYTHING.   RUNS DRIVES  AND COLD AC. THE COLOR IS SAHARA ROSE.   IT HAS THE STEERING WHEEL THAT MOVES SIDE TO SIDE TO HELP BIG PEOPLE GET IN AND OUT.   A FEW BUBLES ON THE BACK PANEL YOU CAN SEE IN THE PICS.OTHER THAN THAT IT IS A VERY NICE DRIVER.   HAPPY BIDDING