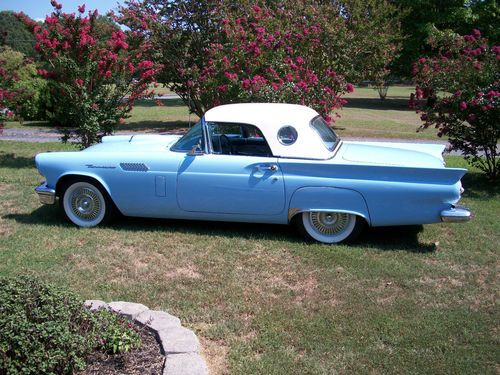 FOR SALE an original California car that was trucked to Virginia. Professionally restored in 2007/2008 to C.T.C.I. Concours II specifications. The exterior has been painted to match data plate,Starmist Blue (Dupont chroma premier acrylic urethane, single stage). All new rubber was installed in all windows, doors, and vents. Exceptionally straight body. Car is an excellent driver with great performance and handling and can also be showed. Hardtop is colonial white with portholes, softop included. Engine bay is in show condition with attention to detail and original dress up kit. Car is running a 312 with 4 bbl and power steering/power brakes, automatic transmission, operable original Town and Country radio.
Buyer responsible for shipping.