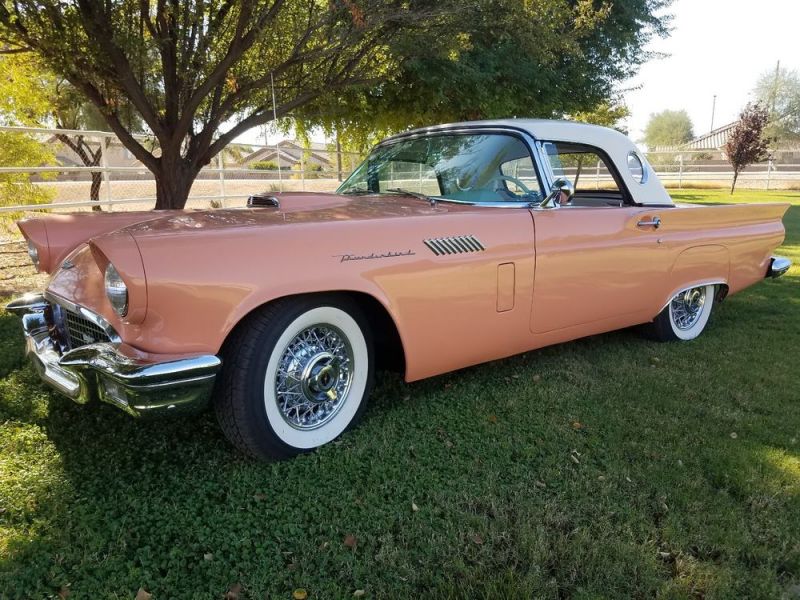 ANY QUESTIONS JUST EMAIL ME: emmalineerrosie@westhamfans.com .

For Sale: Is my beautiful freshly frame off restored 57 T-bird, it features Beautiful Coral Sand paint, White
interior, 312 ci in engine, Ford o matic transmission, Power Steering, Power Brakes, Power Seat, Power Windows, (5)
Wire Wheels Brand new Radial tires, Town & Country radio, Hard top only, per build sheet. This car was bought new
at Frank Taylor Ford in Los Angeles, Ca. and remained in Ca. until the original owner gave it to his daughter in
Yuma, Az. In 1982, where it remained until it was bought by me and the frame off restoration finished. have all
paper work including receipts from restoration, original titles, original build sheet etc. I would rate this car as
a #2 on Hagerty's scale of one to four, one being the best