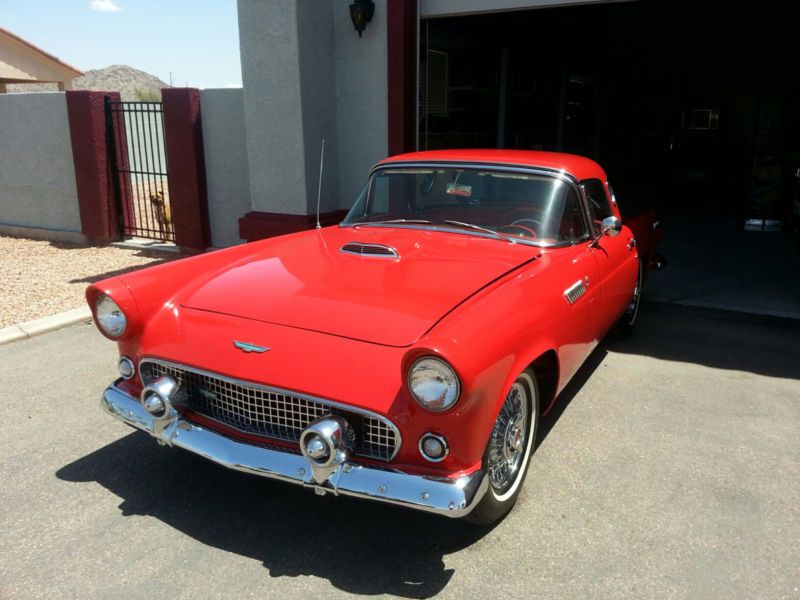 1956 Ford Thunderbird Vin # P6FH287861. This car is a true survivor with a cosmetic paint job done years ago. Clear
Arizona A title. 312 CI V8 engine with 225HP. The engine is spotless inside and out. Still has the original tea pot
Holley four barrel carburetor which I just had rebuilt by Carburetors Unlimited in Peoria, AZ. Electric windows, 4
way electric seat with air conditioning. The car has True Spoke wheels with radial tires on it but I have all of
the original steel wheels with wide whitewall tires and the original chrome baby moon hub caps. The exhaust is
still all original. This car is rust free and no signs of any body damage repairs. This car has the red hardtop and
a white convertible top. I have replaced a lot of parts under the hood to bring it back to original style. The car
has always been garaged and is a turn key show ready car. If you start the car everyday it will start with a click
of the key.