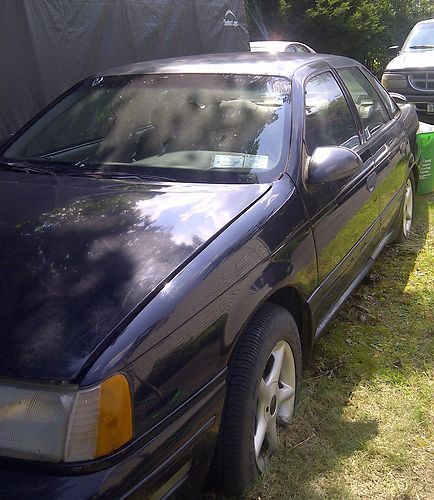 Selling 1989 Ford SHO  First Gen Sho , Very Stealth Like , Very Fast
Can be a great project or can be used for its parts, has a good motor , a rebuilt MTX 5 speed trans less then 200 miles, rebuilt buy Protec automotive.
New clutch with slave cylinder  and TOB from the SHO shop under 200 miles, Trans rebuild and clutch parts over 2k !

Car Needs  TLC or take all the parts and use in yours,
Body is in good shape,  Good doors , fenders, hood , quarters and trunk lid with spoiler

Local pick up only , will need to be towed.