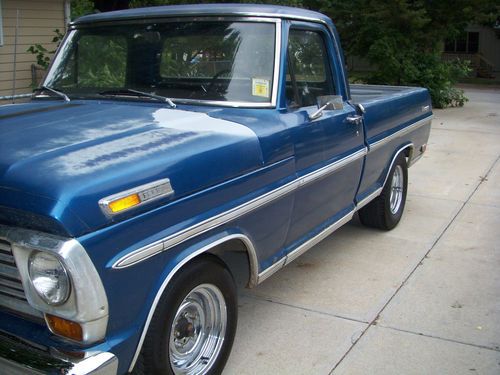 Condition: UsedA vehicle is considered used if it has been registered and issued a title. Used vehicles have had at least one previous owner. The condition of the exterior, interior and engine can vary depending on the vehicle's history. See the seller's listing for full details and description of any imperfections.Seller Notes:"1968 Ford Ranger Short Box. Selling as nice driver. Has custom interior. Sold As Is - No Warranty - No Refund"

Does have a vibration between 15-20mph but then stops. May be due to lowering the truck and changing the pinion angle.

Buyer responsible for pick-up or shipment.

Sold As Is - No Warranty - No Refund