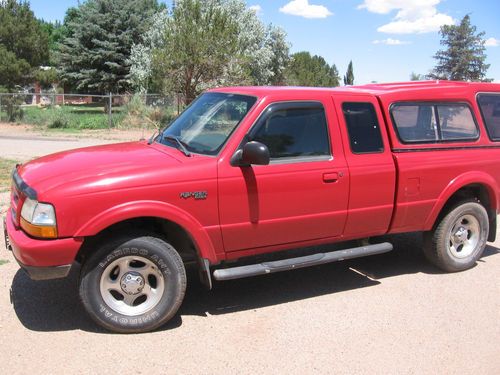 Condition: UsedA vehicle is considered used if it has been registered and issued a title. Used vehicles have had at least one previous owner. The condition of the exterior, interior and engine can vary depending on the vehicle's history. See the seller's listing for full details and description of any imperfections.Seller Notes:"No known defects."

Red with red camper shell.  Good condition for a truck of this year.  Tires fair.  Nice truck.  Great  starter vehicle for a student! Seller reserves the right to end auction early as the vehicle is advertised locally.