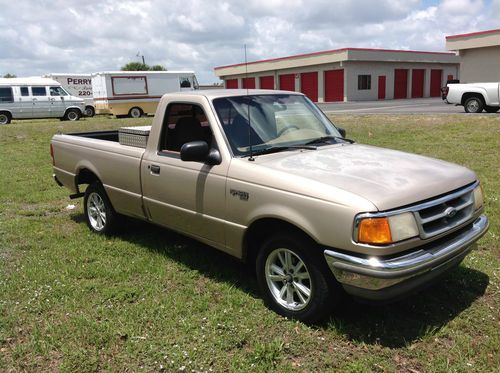 Selling my 1995 Ford Ranger 3.0 v6 automatic single cab pickup truck. It has fully operating cold A/C, radio, and cool steel tool box on a clean bed. Truck has 124k miles and runs great with no leaks or rust anywhere. These Ford trucks are known to go over 200k miles without a problem. Under carriage is nice and dry too. It also has 2005 Mustang rims on Pirelli tires that give it a cool custom look. It does have some common paint oxidation on the hood from the Florida sun. Great running truck that would be awesome for use as a work truck, off-roading, mudding or first time driver. Seller reserves the right to end auction as car is for sale locally as well. Good luck!