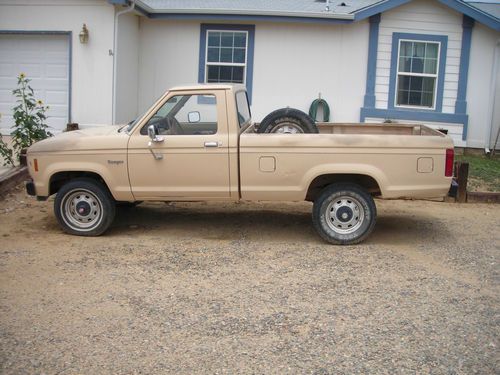 Condition: UsedA vehicle is considered used if it has been registered and issued a title. Used vehicles have had at least one previous owner. The condition of the exterior, interior and engine can vary depending on the vehicle's history. See the seller's listing for full details and description of any imperfections.Seller Notes:"For how old it is, it is really in good shape. Some minor dings and dents on body. Ignition is on dash; the one on column was broken. 121,974 miles. Runs great. Everything works."

For how old it is, it is really in good shape.  Some minor dings and dents on body.  Ignition is on dash; the one on column was broken.  121,974 miles.  Runs great.  Everything works, ie 4wd, etc.  Bench seat has cover.  Small tears in door panel.  No AC, no AC components, was manufactured wo AC.  Heater works.  All fluids OK in both differentials and transfer case.  4wd in low and high works good.  Starts easily and has smooth power.  7 foot bed is nice.  Has locking hubs.  5 speed manual transmission.
There is the possibility that I could drive the truck to you.
Call me with any questions.  505 860-1093
Thanks, Chuck