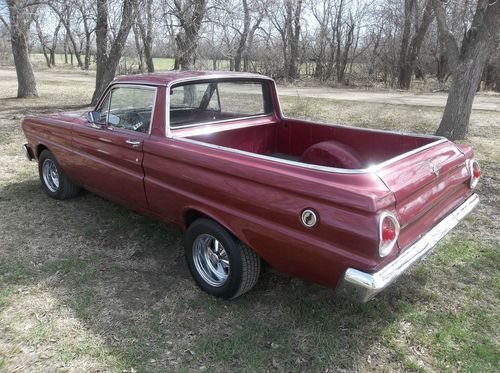 THIS IS IN VERY NICE CONDITION WITH BEAUTIFUL PAINT JOB LOTS OF METALLIC, AUTO MATIC ON THE COLUMN ,ORIGINALLY HAD 260 MOTOR BUT WAS RECENTLY REPLACED WITH A 289 SO SHES GOT LOTS OF GET UP AND GO IN HER AND A BLAST TO DRIVE, CRAGAR SS CHROME WHEELS AND NEW GRAND AM RADIAL GT TIRES AND DUAL EXHAUST, IN MY OPINION ITS A CAR I WOULD NOT BE ASHAMED TO TAKE TO A SHOW BUT YOU BE THE JUDGE AND PLEASE LOOK OVER THE PICS.  THANKS