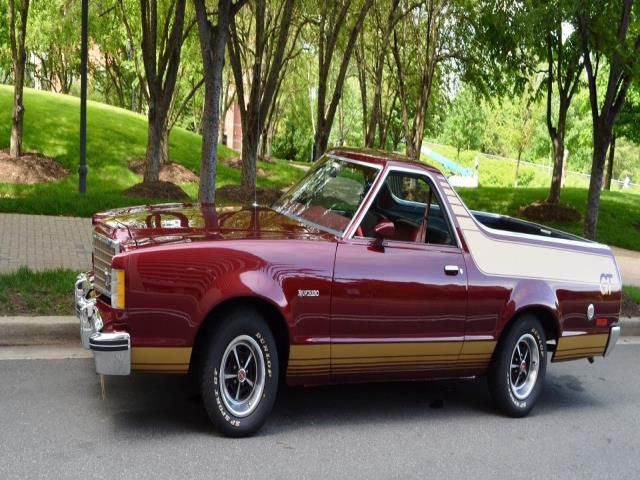 1979 FORD RANCHERO GT - Burgundy and Gold - excellent driver condition. Thepaint has a deep shine - the previous owner said this vehicle had a recent$8,000 paint job. Since buying this vehicle in June 2015 , I'veput another $4,000 in it - which resulted in the following improvements: Had allfour tires replaced with new Dunlop raised letter sport tires - less them 500miles on them; Purchased red Ford center caps and installed for all four wheels;Bought a rim and new spare tire and jack as the vehicle was missing these items;Had the fuel sending unit replaced; Had the sport mirror adjusting knobsconnected - so they adjust remotely; Had the shock absorbers replaced; Replacedthe voltage regulator and alternator with a chrome single wire 110 ampalternator; Replaced the ammeter with a digital volt meter; Replaced thenon-working temperature gauge in the instrument panel - but it's not hookedup as prior to that I installed a below dash temperature gauge - which islighted and readable in low light; Purchased a carpeted dash mat; Inserted abattery operated analog clock in the insert where the non-working dash clocksits; Replaced the windshield washer pump; Replaced the starter solenoid andfuseable link; Installed a new battery, new battery cables, and battery cut-offswitch; Replaced the steering wheel; Replaced the turn signal switch and frontturn signal sockets; Purchased and had two rear bumper guards and installed four stainless steel tie downs for the bed; Purchasedand replaced some interior trim which was scratched and missing air vent vanes;Installed LED lights so the courtesy lights come on when a door is open -
Email me at : DonetteAschenbrennerrogh@yahoo.com