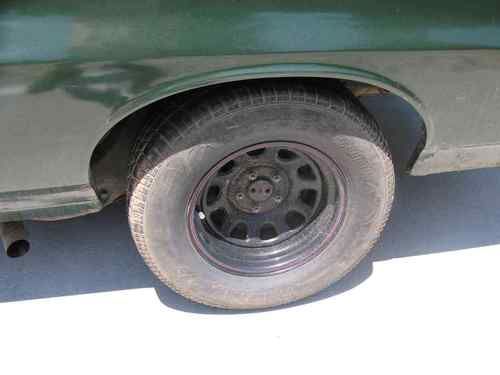 Experience the Thunder meant for Down Under!!

Up for your consideration is an awesome 1973 Ranchero with custom features and an attitude and a rumble that can't be beat.  Do you want a vehicle that can be a car and a truck?  Here it is.  Looking for something to terrify your neighbors?  Here's your vehicle!!
This bad ride features a 351 cleveland BIG BLOCK!!  Great rumble but by no means overwhelming.  The engine runs GREAT!!  Just turn the key, no issues!!
Custom aluminum floor panels, rhino-lined bed, Nascar steering wheel, auto, power steering, attitude, and great looks.
Bring any and all questions!!  Car runs great and is guaranteed to stand out next to anything remotely normal!!  Tires are in great shape, clean NC title in hand.
Newer houndstooth upholstery looks and functions great!!
Thanks for looking, inspections welcome!!