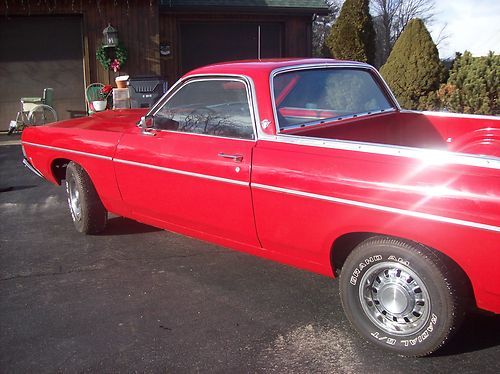 Up for auction, or if you like, buy it now, is a 1968 Ford Ranchero. This vehicle comes with the rare 390 ci engine and 4 speed transmission. It also comes with a Marti report. Its in beautiful condition with just a small amount of surface rust. NO rust holes! The entire drive train is original. The car runs great and has been and is currently being driven. As they say, you can drive this car anywhere. Pick it up here, drive it home with confidence.  This is a head turner. Please call me with any questions at 631-327-2303.