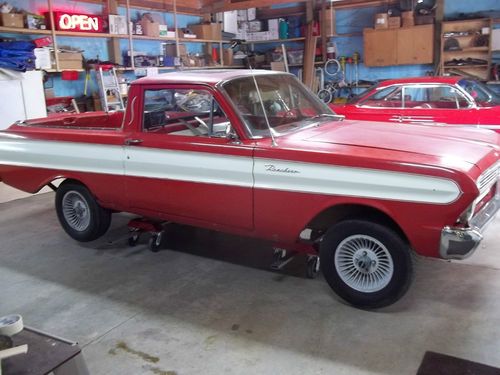 up for auction is a 1965 ford ranchero,this is my neighbors car so any questions will be answered as soon as possible.this is a project and needs restoration.engine was rebuilt but has a low end knock,3 speed on the column.will be a cool ride when restored.