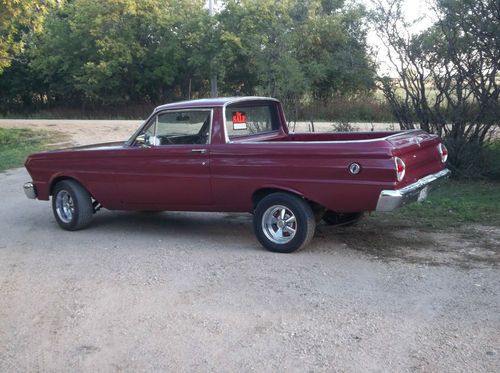 RANCHERO IS IN NEAR SHOW CAR CONDITION 260 MOTOR HAS BEEN REPLACED WITH 289 AND HAS APPROX 5000 MILES ON OVERHAUL, CAR HAS BEAUTIFUL METALLIC PAINT JOB, CRAGER RIMS, AIR SHOCKS, DUAL EXHAUSTS CAR HAS LOTS OF SQUAAKUM POWER