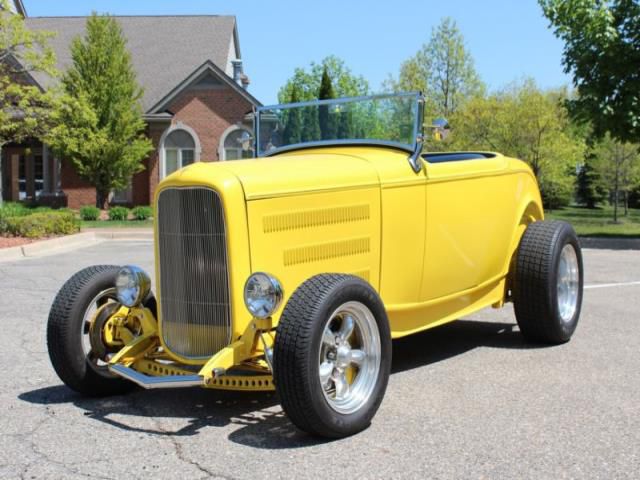 If you have any concerns or questions please email me and I will respond quickly : leverett0idarrell@laposte.net

Gorgeous 1932 Ford RoadsterLT1 Fuel Injected V8700r4 Automatic with OverdriveUnder 2500 miles. Titled as a 1932 ford!!! This beauty was crafted from the ground up with precision and detail to everything. Custom fabricated boxed chassis with a steel reinforced fiberglass body with steel hood and steel removable side panels. A proven driver that has successfully completed a power tour without any set backs or issues. This is the car for someone who just wants to be able to turn the key and have tons of fun. The freshly built LT1 provides more than enough power and has extreme reliability as a late model fuel injected engine. Behind all that power is a 700r4 automatic trans with a 3000 stall converter and shift kit backed by a ford 9 inch rear end geared for street cruising or highway use. The motor was professionally tuned and has a 100% custom professional hand assembled wiring harness. The paint is absolutely stunning and is just the right tint with a nice pearl in it (unlikely seen in photos).