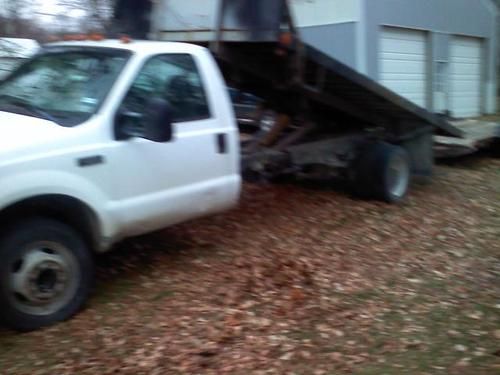 Condition: UsedA vehicle is considered used if it has been registered and issued a title. Used vehicles have had at least one previous owner. The condition of the exterior, interior and engine can vary depending on the vehicle's history. See the seller's listing for full details and description of any imperfections.Seller Notes:"2000 F550 Super Duty Dump Truck-white-182,000 miles 7.3 V8 outlaw motor, 6 speed Stick runs excellent heavy duty dump with 14,000 pound dump cylinder electric hydraulic steel deck bed 17 ft with wood sides new front tires and breaks all around new batteries and approximately 20,000 miles on clutch and assembly everything works excellent ready to work. Buyer is responsible for pick up and shipping."