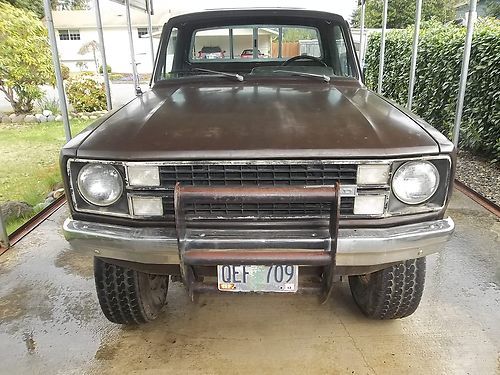 1981 ford courier 4x4. Runs and drives. 2.3 engine and running gear work great. Fuel pump seems to run alot and brakes make a funny noise but are not metal to metal I checked.