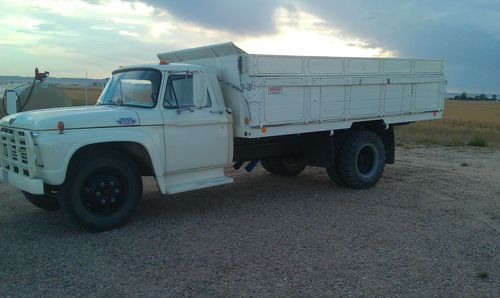 1965 Ford F600 with 28,000 miles, This truck is a one owner that has always been kept in the shed. It has a 15' box with a back and side dump. The tires are 90% Firestone mud and snow rears and hiway fronts. It has a 330 CI engine ...This truck needs nothing to go to work, it has been serviced and maintained to the highest standard. This is as close to new as you will ever find.....I also have a 1966 just like it that has 32,000 miles if someone want the twin to the advertised truck...Thanks and happy bidding.