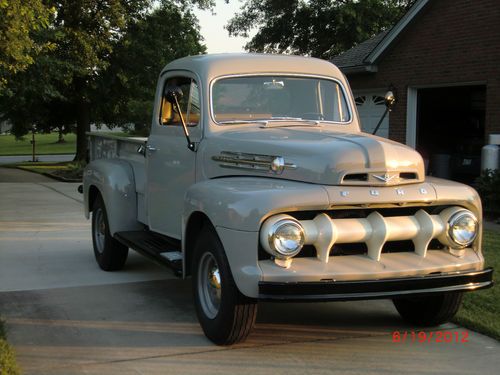 1952 Ford F2 Deluxe Cab Pickup beautifully restored back to original condition.  Correct color combination - Woodsmoke gray exterior and custom gray and burgundy interior purchased from Lebaron Bonney company.   Roughly driven 500 miles since restoration.  The F2 is the 3/4 chassis - check out the pictures - not too many large trucks around in this condition.

Truck runs and drives excellent.  A lot of money was spent on this restoration - but I have kept the reserve low as I am ready to sell.

No disappointments - if you buy this truck and it is not as described and pictured - deposit will be refunded minus listing fees.