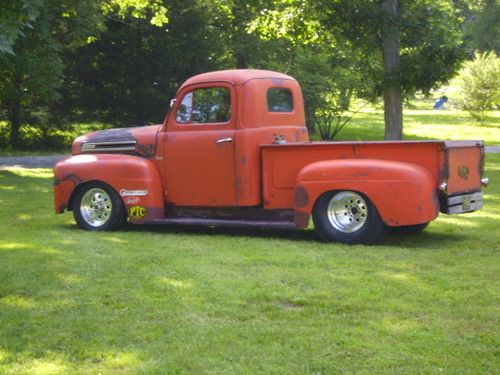 1949 FORD PICKUP. 460 FORD ENGINE, BORED TO 466. PORTED AND POLISHED D3 HEADS. ROSS RACING PISTONS. HOLLEY DUAL FEED. HEADERS. 9 IN. FORD REAR END. COIL OVER REAR SHOCKS. CENTERLINE WHEELS WITH MICKEY THOMPSON REAR TIRES. FRONT DISC BRAKES. THIS THING IS A BEAST BUT IT DRIVES DOWN THE HIGHWAY NICE. HATE TO SEE THIS LEAVE THE FARM BUT I HAVE 18 CARS AND I THINK SOMEONE MIGHT APPRECIATE THIS COOL OLD HOT ROD. CLEAR TENNESSEE TITLE IN MY NAME. JIM 931 575 8981