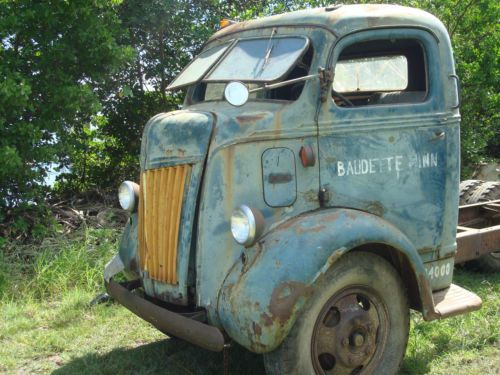 This truck drove into a barn and sat for 30 years until I pulled I out. . Everything is there. it rolls free and steers  fine. It was a farm truck its whole life with 2 owners. I do have a title its a 1.5 ton on the title  It is a very solid truck with minor rust. great to restore or rat rod. I got it to put on a modern van chassis but some bills popped up and I need to sell it.  1942 was a very short production year do to the war. This truck has a perfect patina only time can paint. It has great lines doors open and latch, front windows swing out fine. Feel free to call or text with any questions or offers it is for sale locally so I can end this auction at any time. please no calls after 10pm eastern time.  they make a grate wedge hauler with a cummins or put it on a van sprinter  or s10 chassis or whatever  thanks for looking

I will work with a shipper and could possibly meet you in Sarasota fl if paid in full first and we arrange a price for delivery or Daytona for the rod run. but must be paid at end of auction.