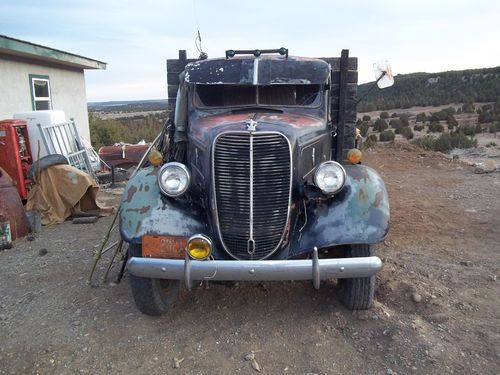 FOR SALE A REALLY NICE 1937 FORD PICK UP, IN GOOD RUNNING CONDITION, NO RUST, FLAT BED, TON AND HALF, ALL GLASS THERE MINUS PASSENGER SIDE, GOOD INTERIOR, CLEAR ORIGINAL TITLE, WILL NOT ACCEPT PAYPAL FOR PAYMENT, SERIOUS BUYERS ONLY!! BUYER TO PAY EXACT SHIPPING AND INSURANCE, FOR MORE INFO CONTACT PAUL @ 505 429-2502  GOOD LUCK!!